Liberty University
Master of Visual Communication Design
Course: Vector Illustration. Art532
Professor: Brianna O'Neal
Work: A-Z, Concept, Research, Sketch, Illustration, Presentation
Year: 2021
Project 2:
Monochromatic Art
Wall Art Reincarnation Portrait
Description:
Concept, Inspiration, Brainstorming, and sketching
In this project, the topic was an artwork that gathers 3 generations in one portrait that I called “Reincarnation Portrait”, I thought the art taste, profession, craft, or creativity in general, were a common aspect that made me think of using patterns to represent our family passion to art and design through generations.
First off, I thought of doing a portrait of my dad, he used to be a great artist, interior designer, a
hardworking businessman, and a great father too, he was a fighter, a self-made man, he started
from scratch and made a life for us, he helped me become what I am. I thought my dad deserves at least a portrait that represents belonging or appreciation.
I thought of traditions and cultures passed through generations, and the differences between
them, made me finally think of the transition between the grandfather and the grandson, then I
thought of the idea of the nesting doll. There was an artwork I used to hand on my wall, of an
illustrator at NewYorker magazine that art the portrait was a guy’s head split in half, and inside
his head, there was a composition that tells a story of his memory and things that happened to
him and spaceships and aliens. That art inspired me along with the nesting dolls to create the art
I’m going to call “Reincarnation Portrait” or "Reborn".
The art will have the three of us; my son, me, and my dad. Basically, each of us with the style of
the era he belongs to. I started from an eastern pattern all the way through the 70s, 90s, and
2000s including, clothing and background patterns for each part of the portrait.
Then I’ll be using a particular style of patterns, textures, and the brush for the strokes and
hatching that I will create in the final illustration of this project, all is going to be done in a
monochromatic color style which will unify the tones and solidify the look and feel of the three
portraits.
I enjoyed creating the portrait sketches, especially that my son and I have almost the same eyes
as my dad’s, I used lots of mirroring to economize the sketching phase as we learned previously
in this course.
After the sketching, I went ahead with the illustration of last week’s sketches, and honestly, it was way more fun than I expected, to start from scratch with a monochromatic color palette and convert full color to monotone, and eliminating the blues, greens, and purples out of the equation. That actually was like intentionally desaturating the art to look like an old Monochrome or Sepia photograph. That really was a great idea and it made perfect sense for the art I was creating.
Funny is that in the first generation I had in my illustration it was my grandfather that I never met but I saw his art. He used to do those eastern traditional decorations for palaces and houses, it’s called “Ajami” or simply “Arabesque”, our family is very popular as one of the very few families that continued to do that kind of art back home, I’m afraid that after years of the war in Syria almost all of my family fled the countryç and may have stopped practicing this profession! So, I thought this art might express my mixed emotions of the love for my family, passion for that art, and grief to lose it, all at the same time.
Since I don’t have a photo of my grandfather, I thought I still can give him a sort of a personality, so I dressed him in a 60s outfit, off course there going to be a red “Fez” on his head, that was the hat of the literates back then in the area, basically with a stylish suit and tie, oh… and tissue in his pocket.
For the other people illustration, I was kind of decisive about what to do. I traced the sketches and created a custom outfit for each. The outfit design was a cool process I had fun doing too including all details of buttons and zippers, stitching, and accessories.
I used a high contrast level for coloring and I thought such kind of illustration would look great if contoured, and outlined with black, so I added black to the color palette after I tried the dark brown as a neutral color, and it didn’t work.
The Arabesque pattern was a real time-consuming process, but it turned out very good for this art I guess, I used it for the background and floating particles and the inside of the vertical cutout. Like I did for the other patterns I created as well, the 70s, the 90s, and the 2000s patterns.
Although I seemed to be using different styles and treatments, most of them were there for a reason. I added the floating particles that were not in the sketch, I thought will complement the composition and would look like a transcendence of artistic or creative thoughts throughout the generations. Besides, the dripping effect finishes up the bottom of the people rather than showing them chopped off or adding other distracting elements at the bottom.
Word List
Reincarnation, rebirth, generations, evolution, metamorphosis, transition, aging, roots, tradition,
steps, within, eggshell, crust, stacking, nesting, dolls, box, young, old, the 70s, 90s, 2000s, retro,
fire, flames, Oriental, eastern, pattern, cultural, background, styles, frown, grandfather, father,
son, portrait.
Color Palette
A warm color palette of brown and orange through yellow, I thought it works great for the 3 generations. See below. 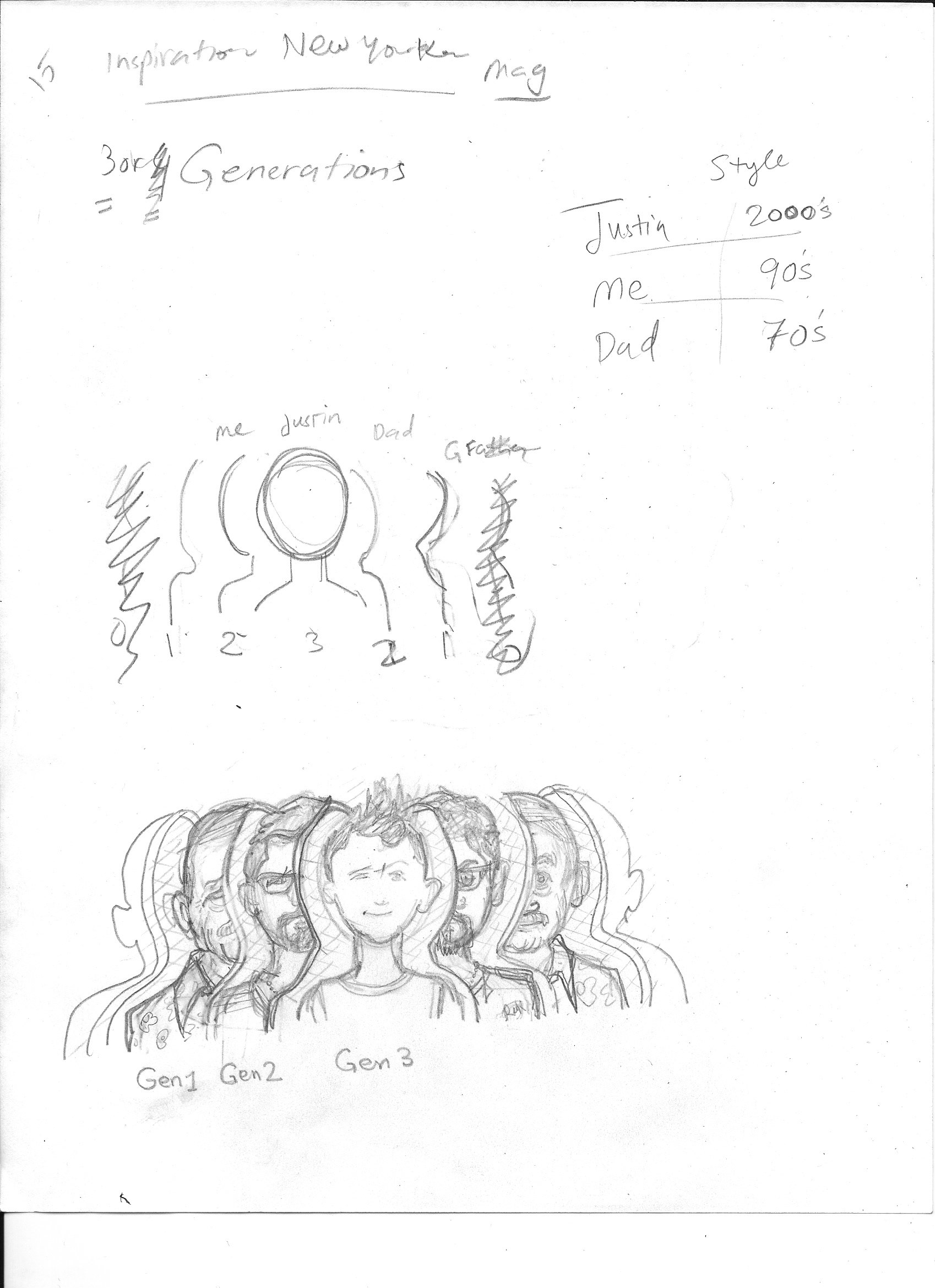 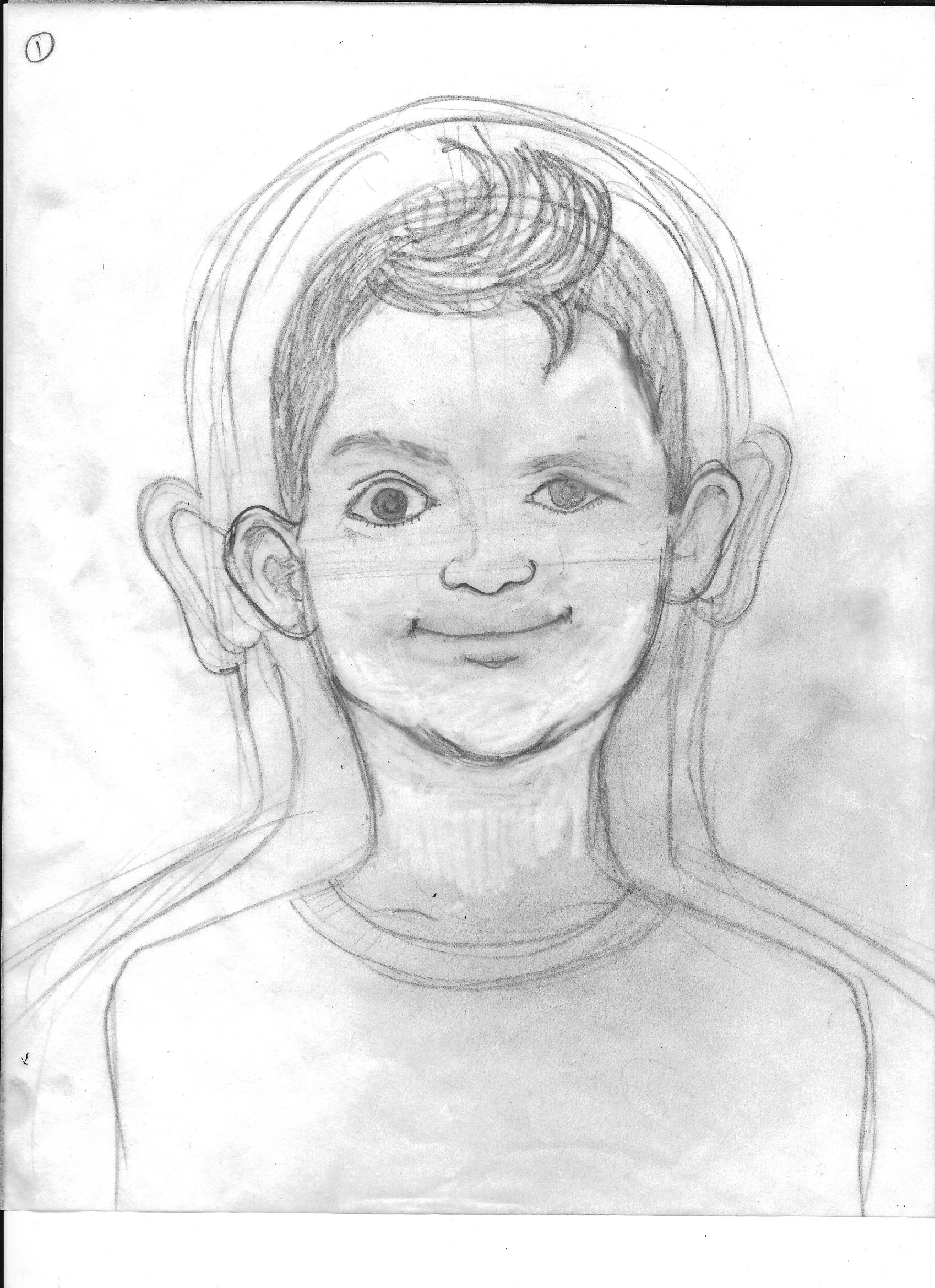 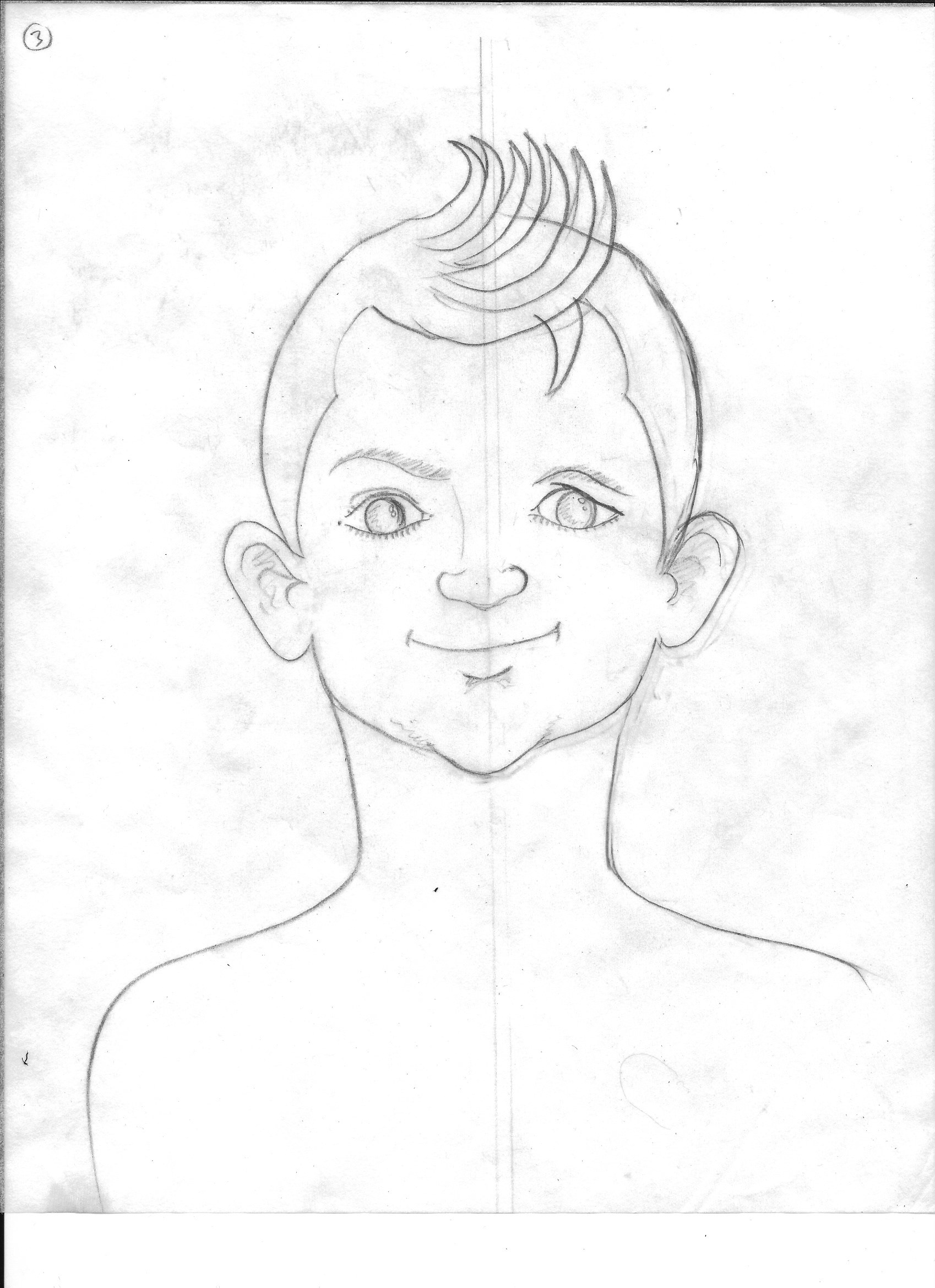 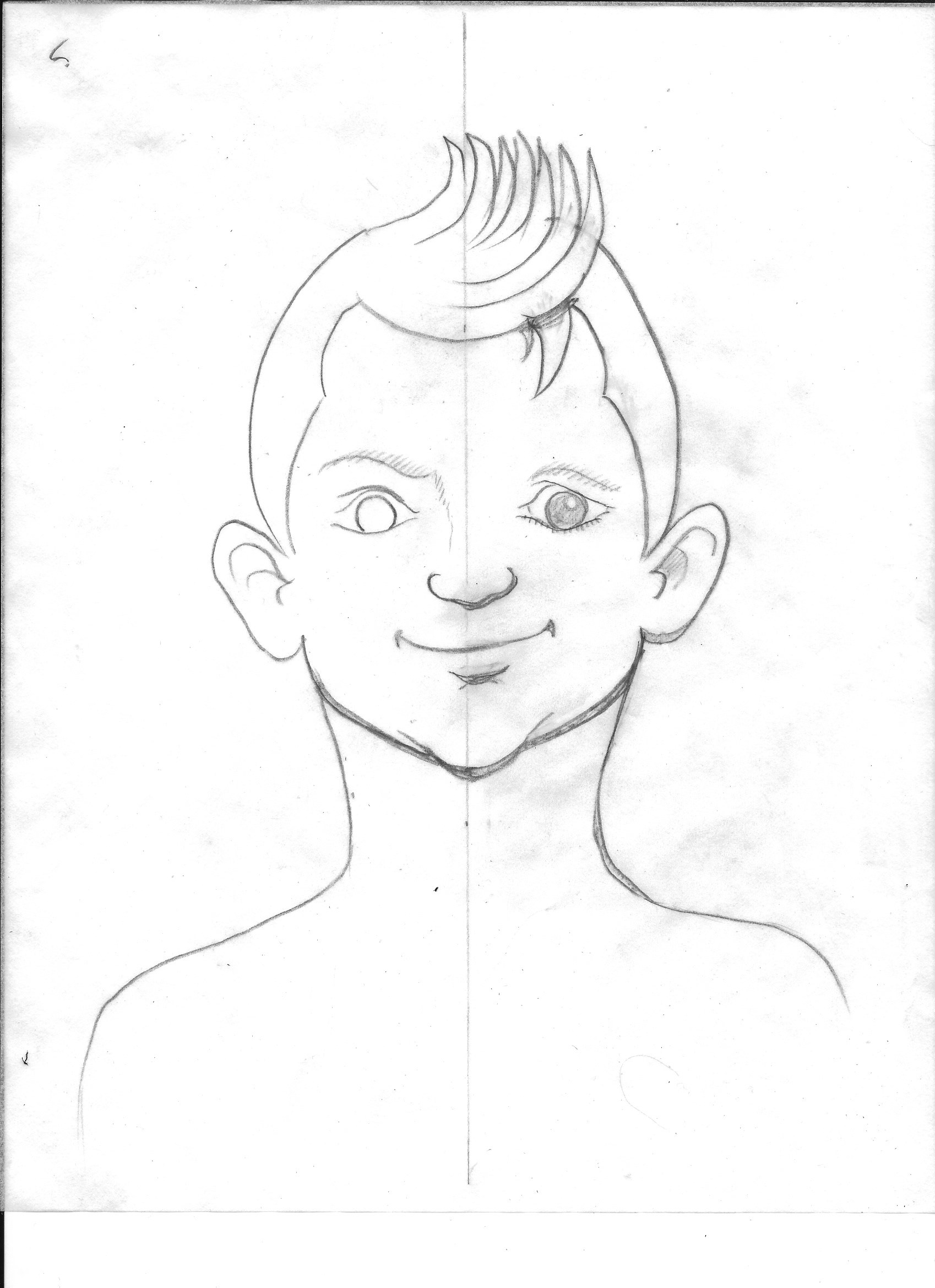 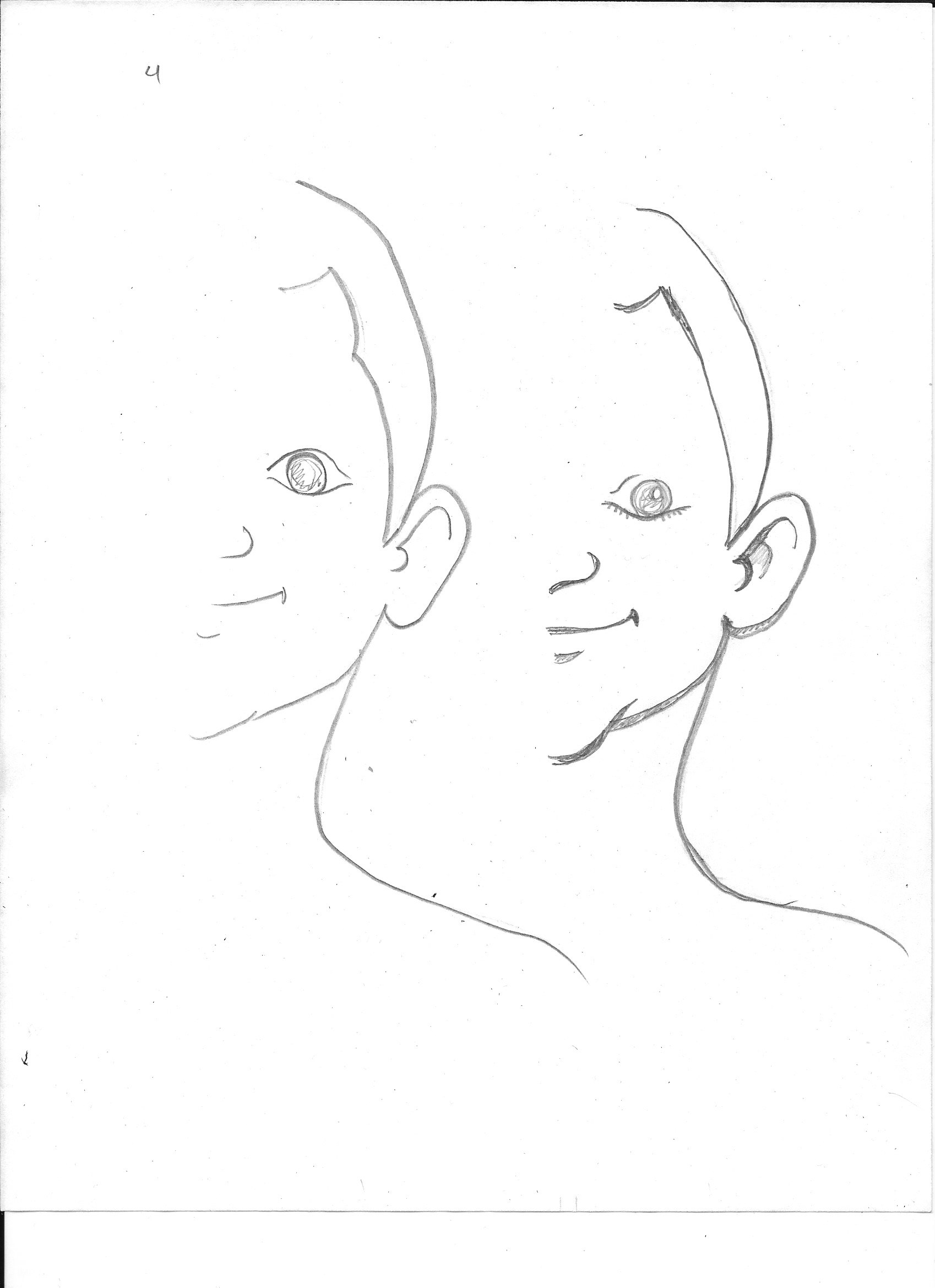 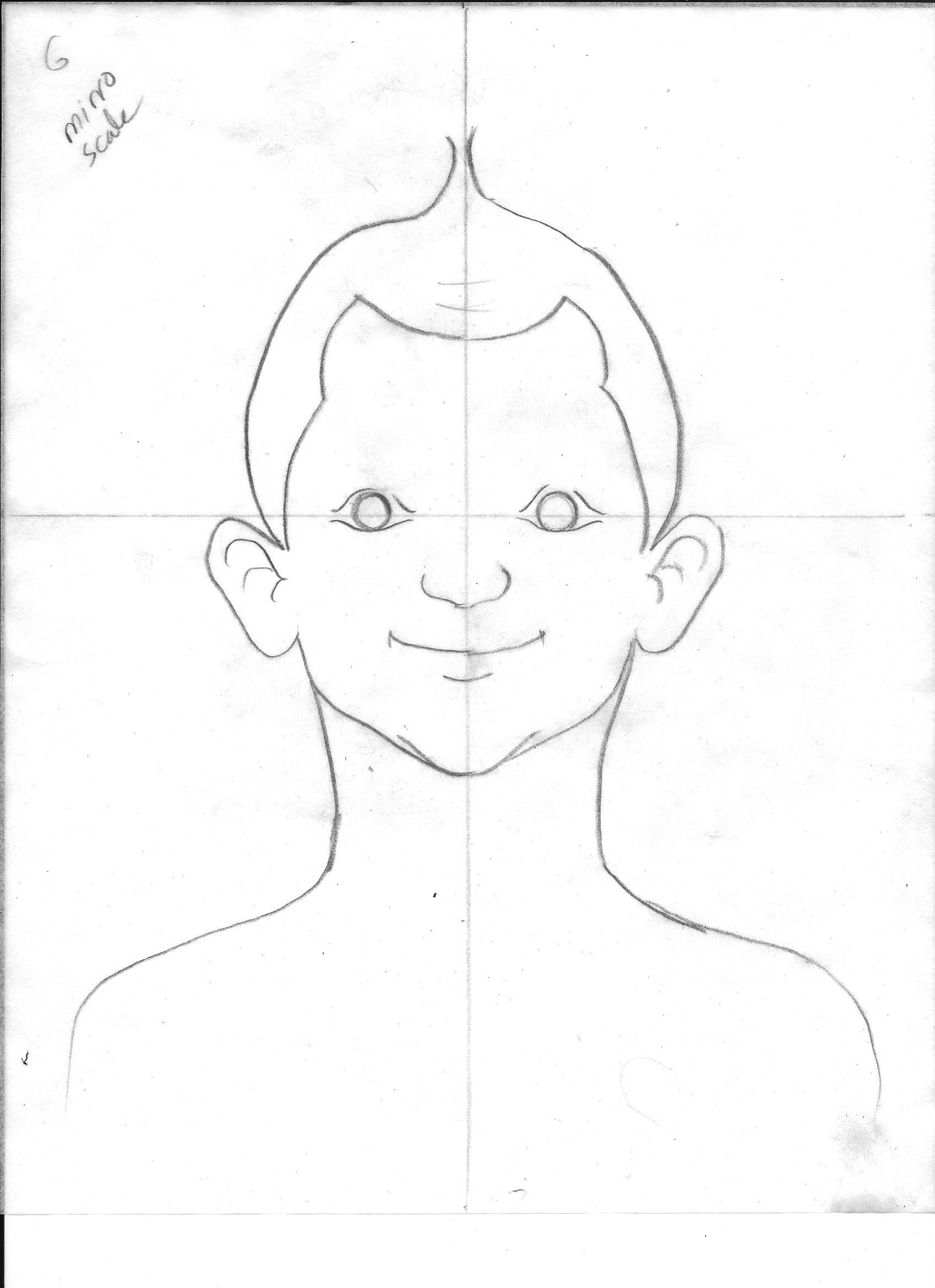 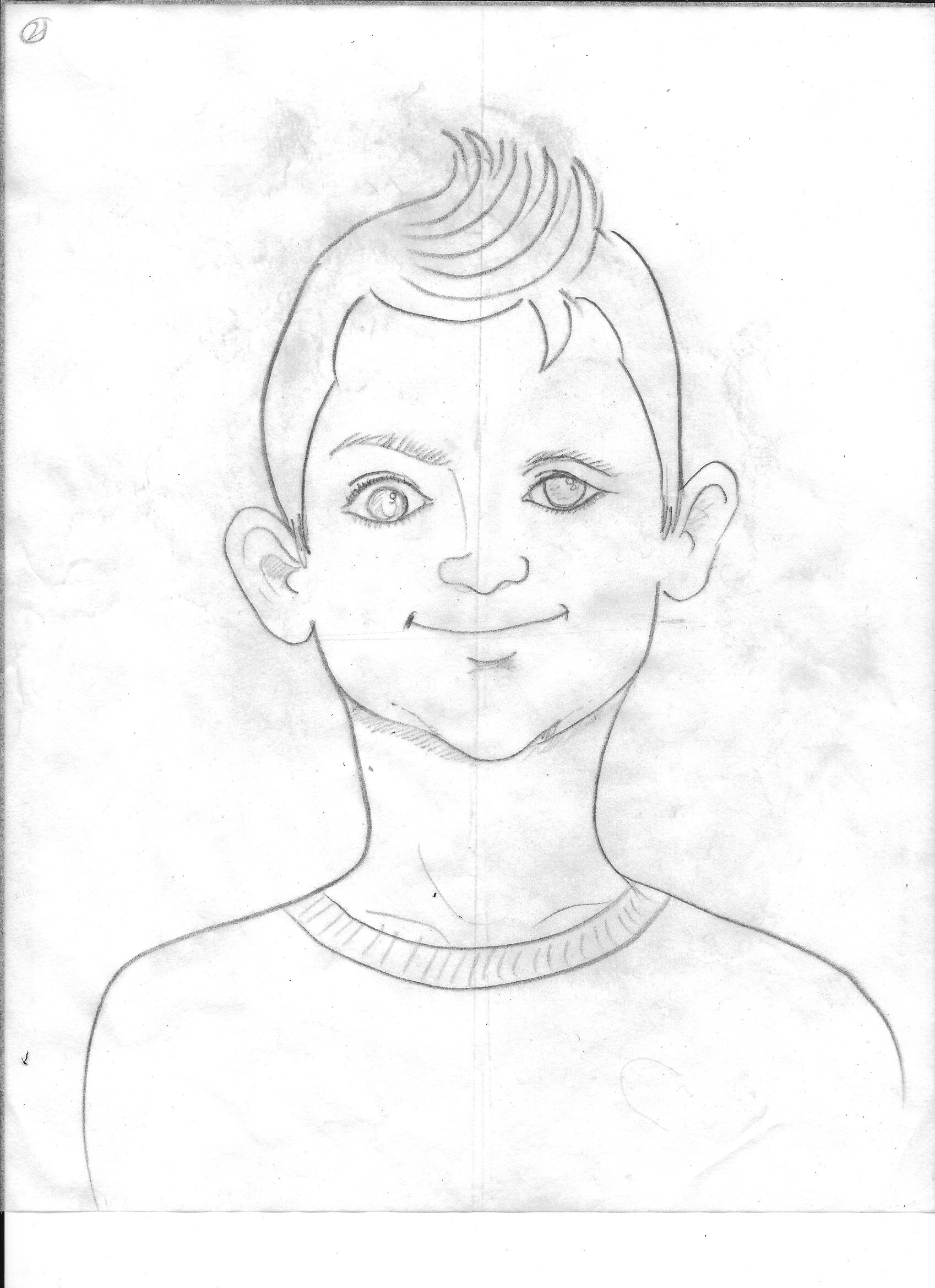 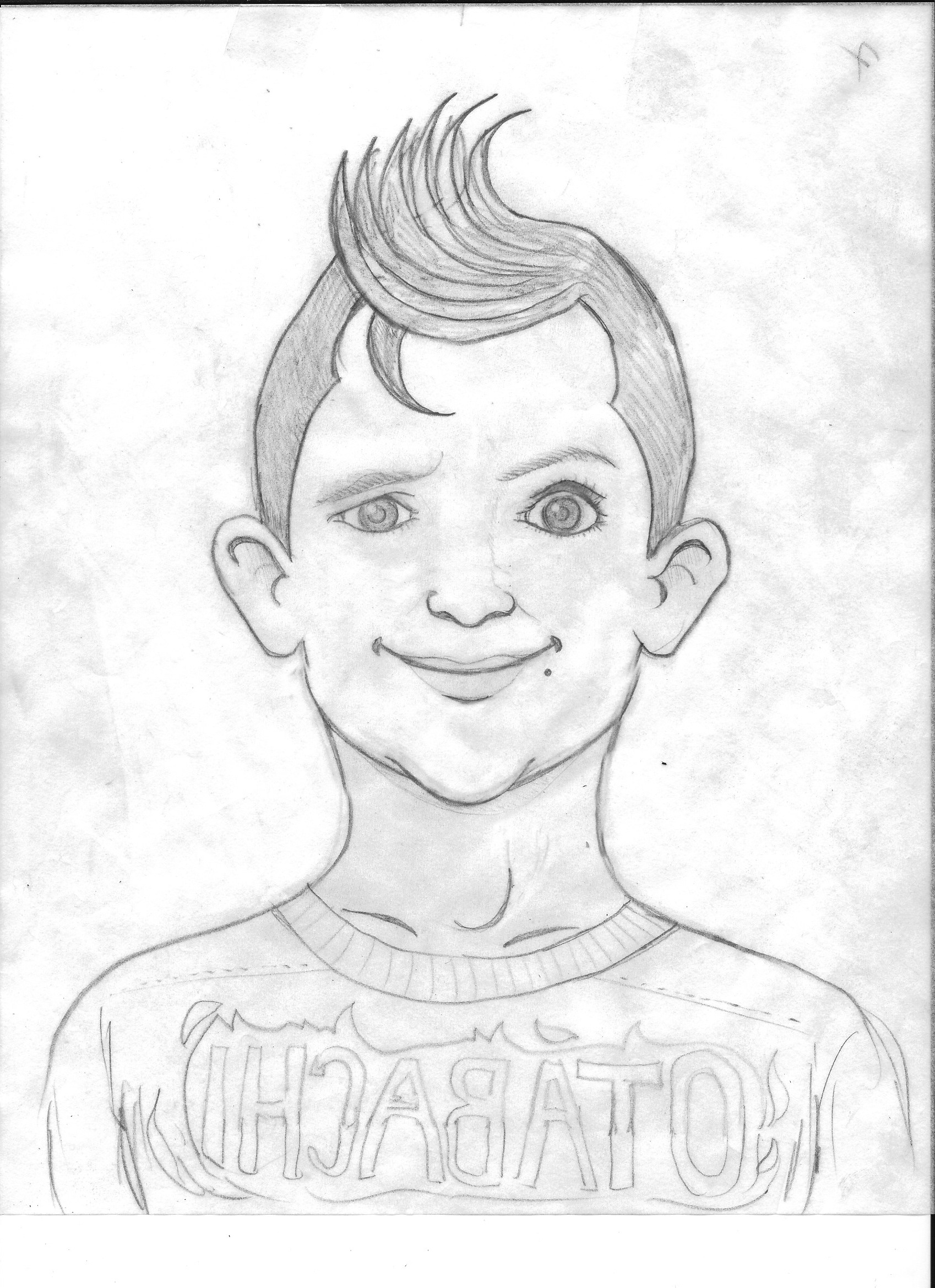 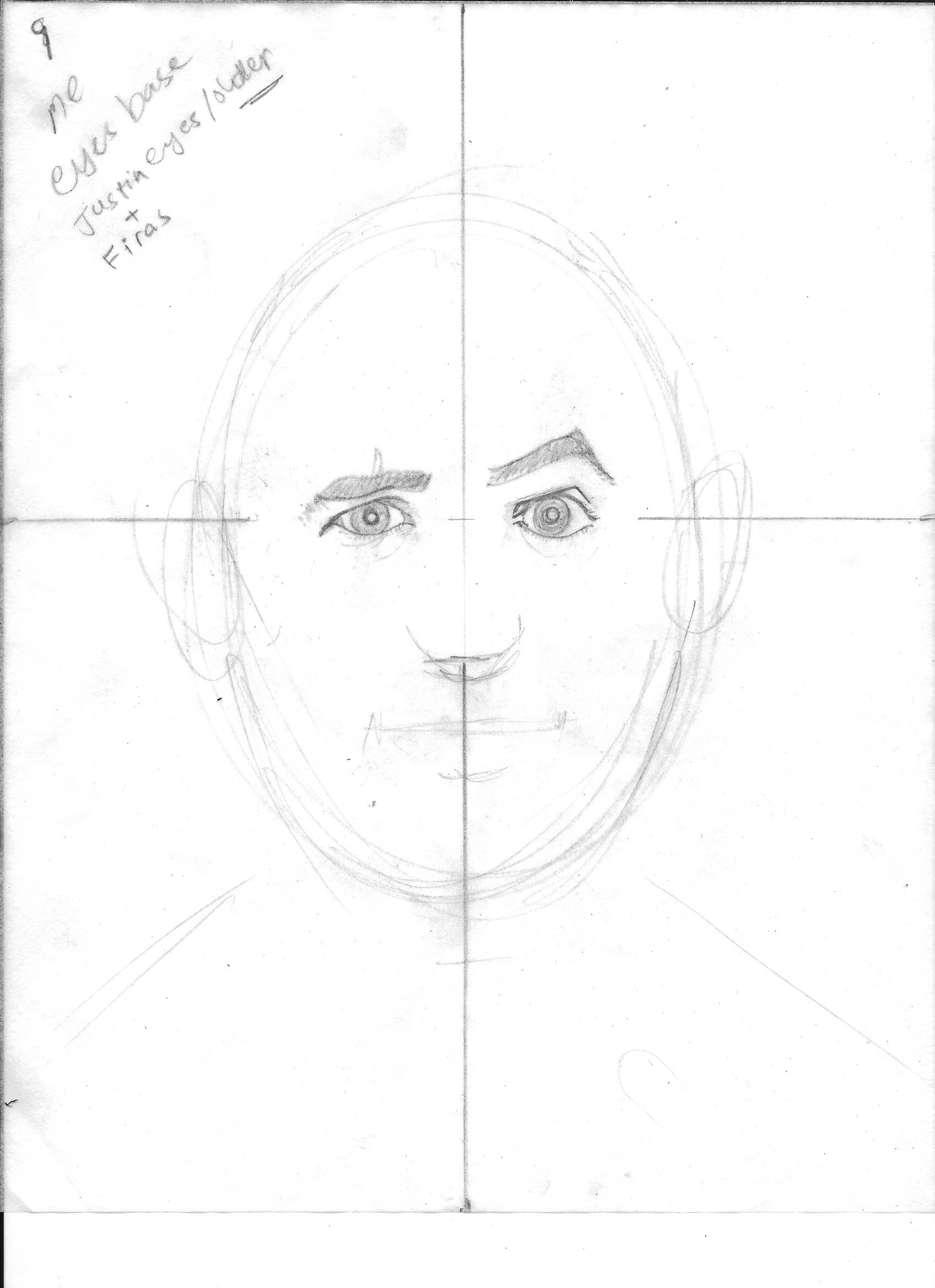 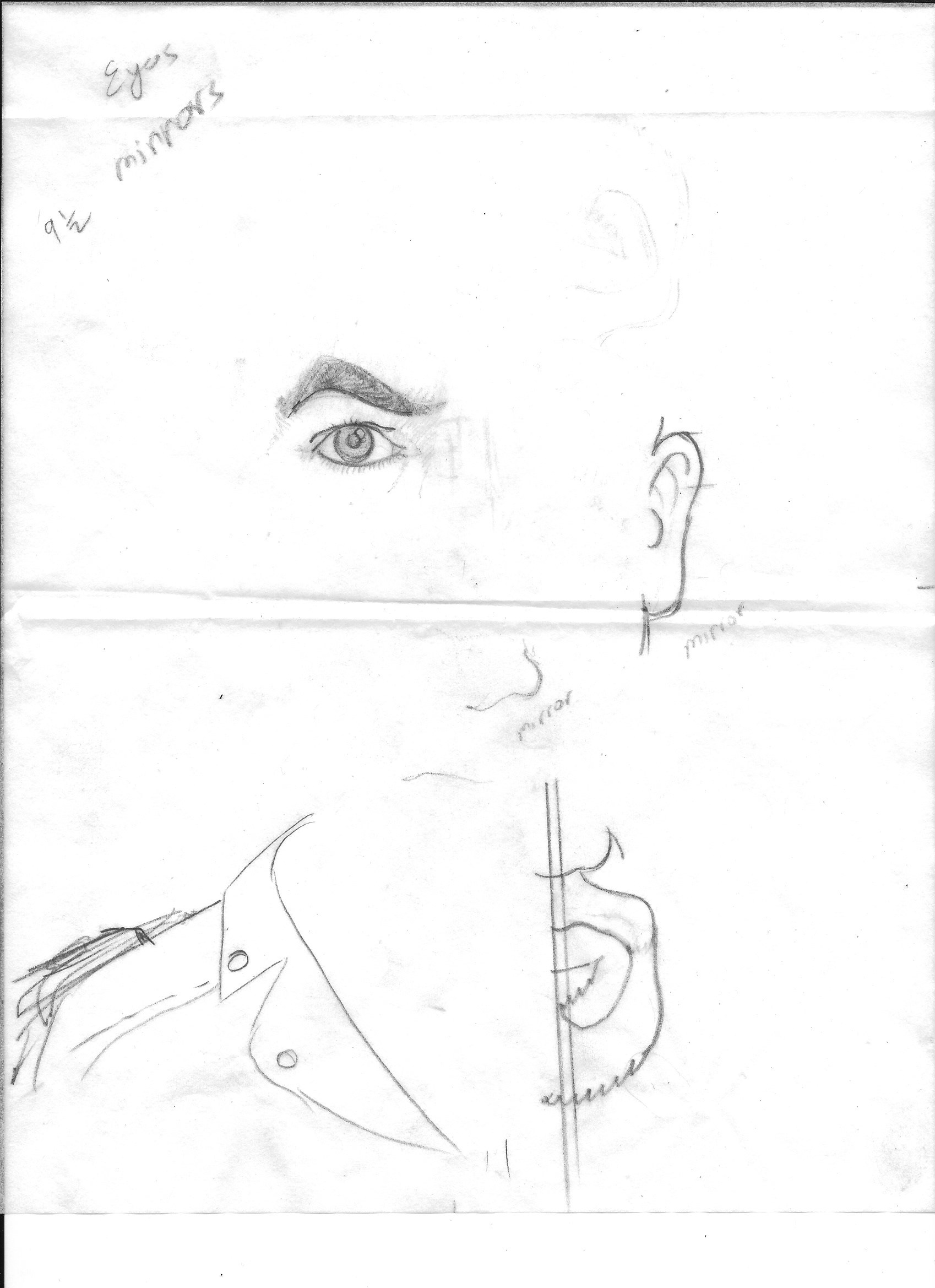 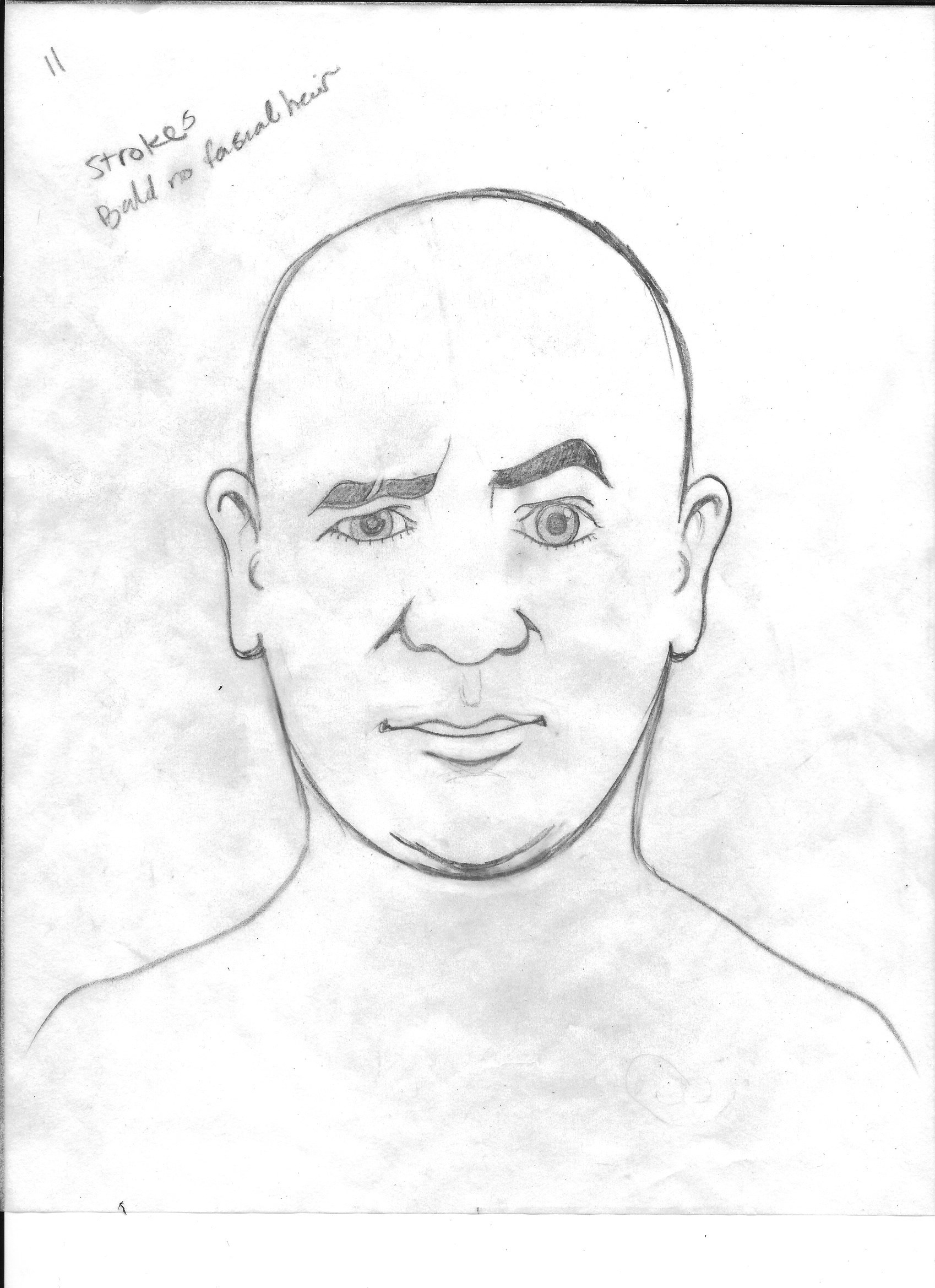 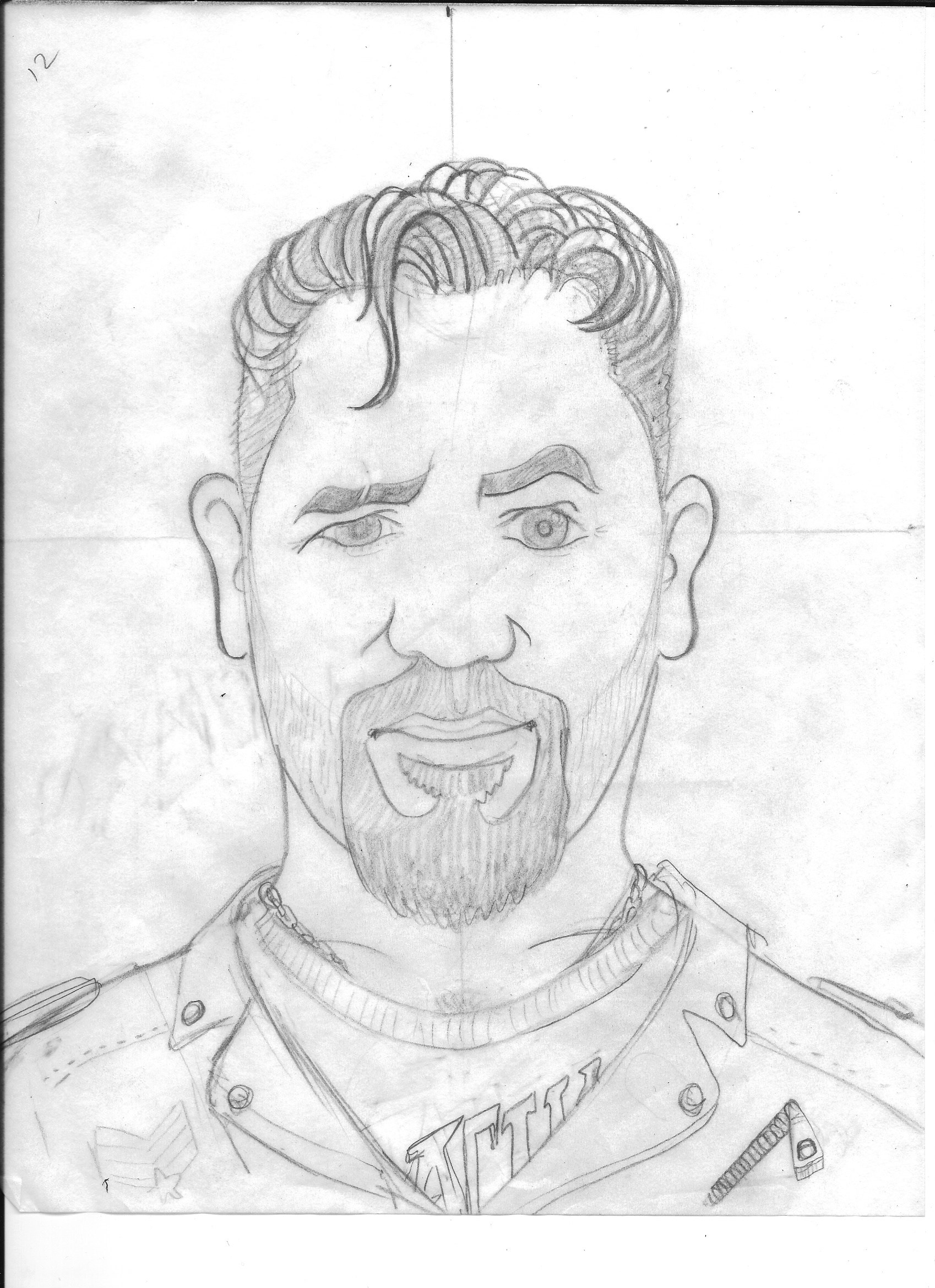 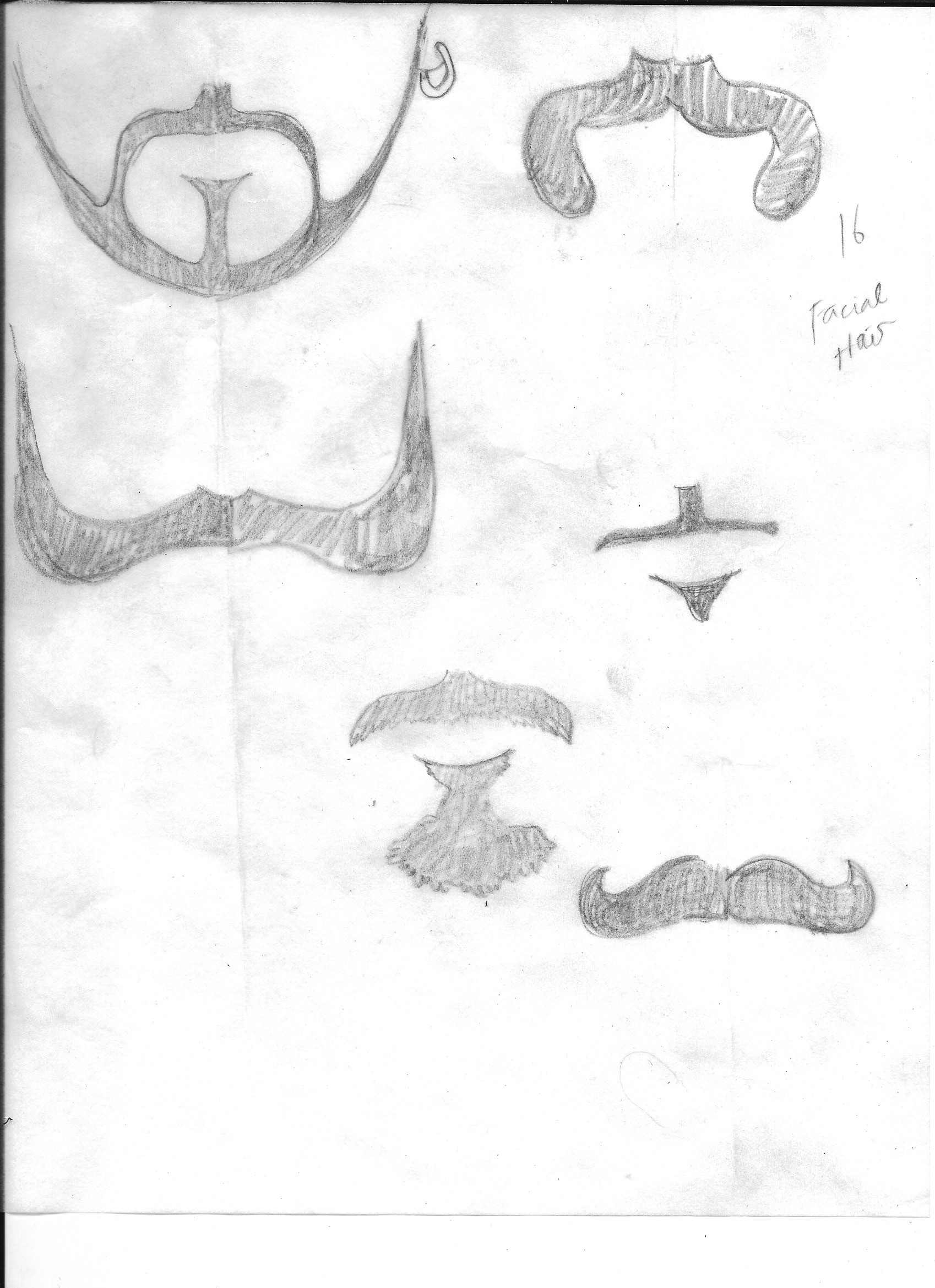 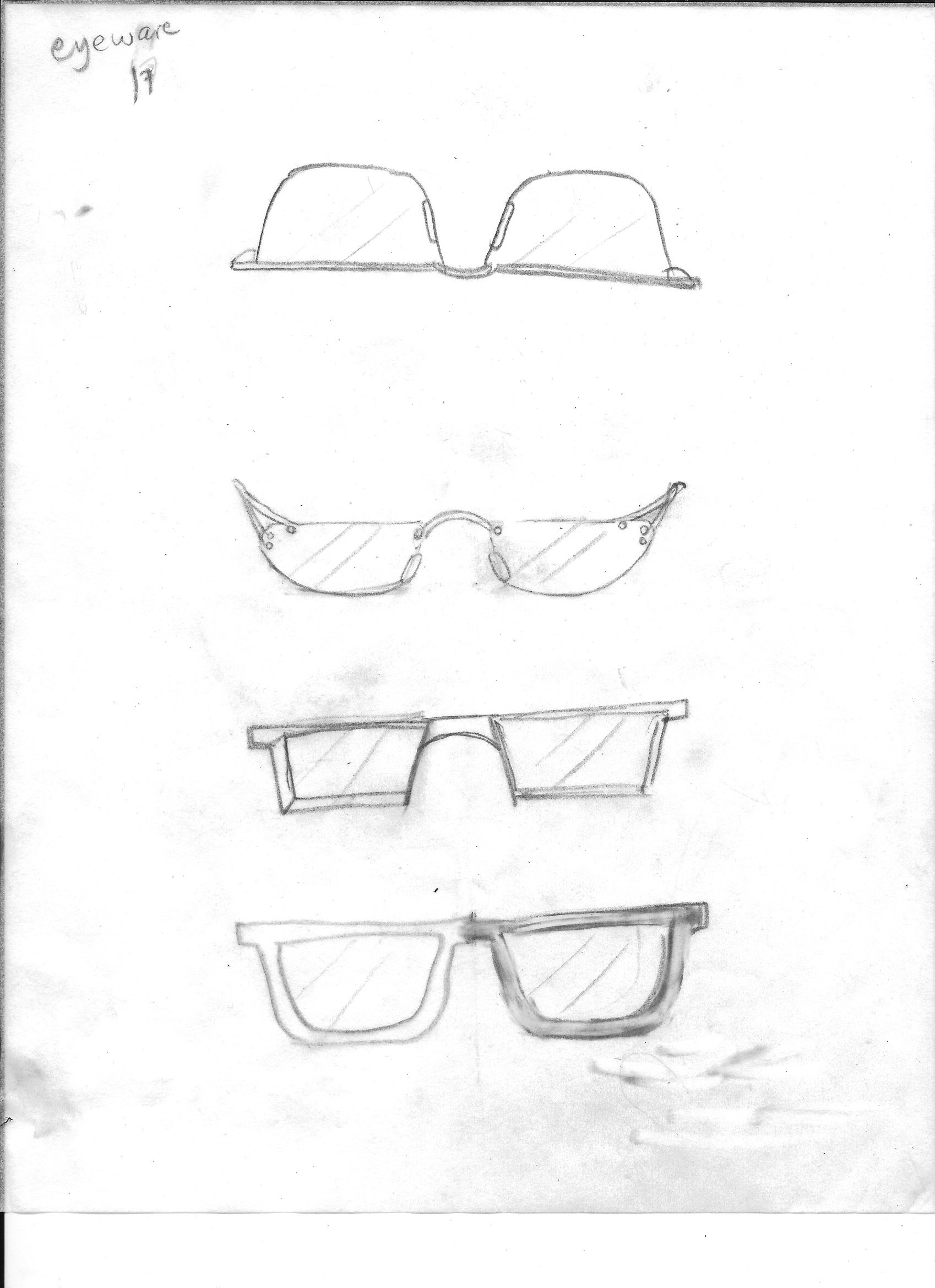 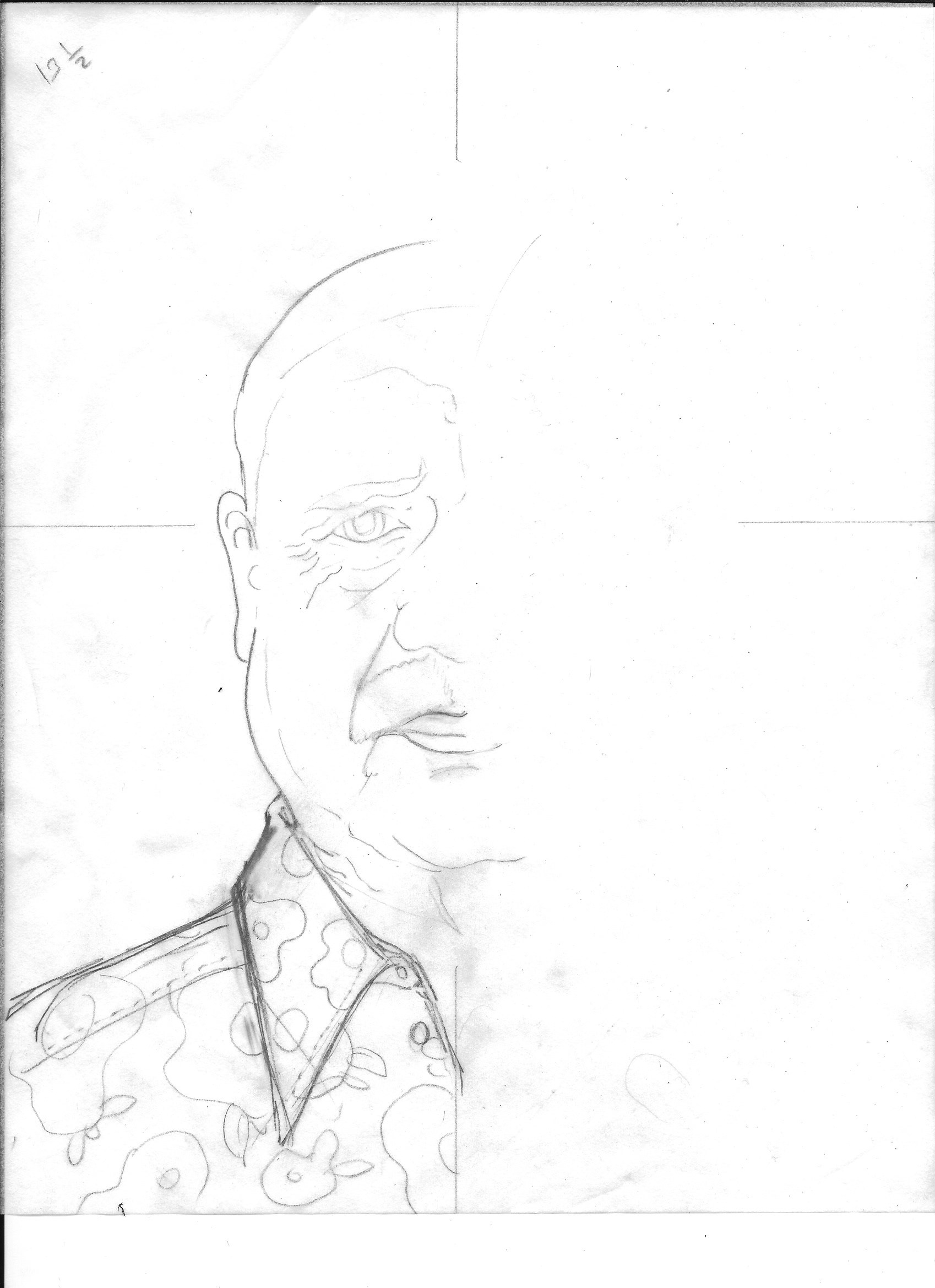 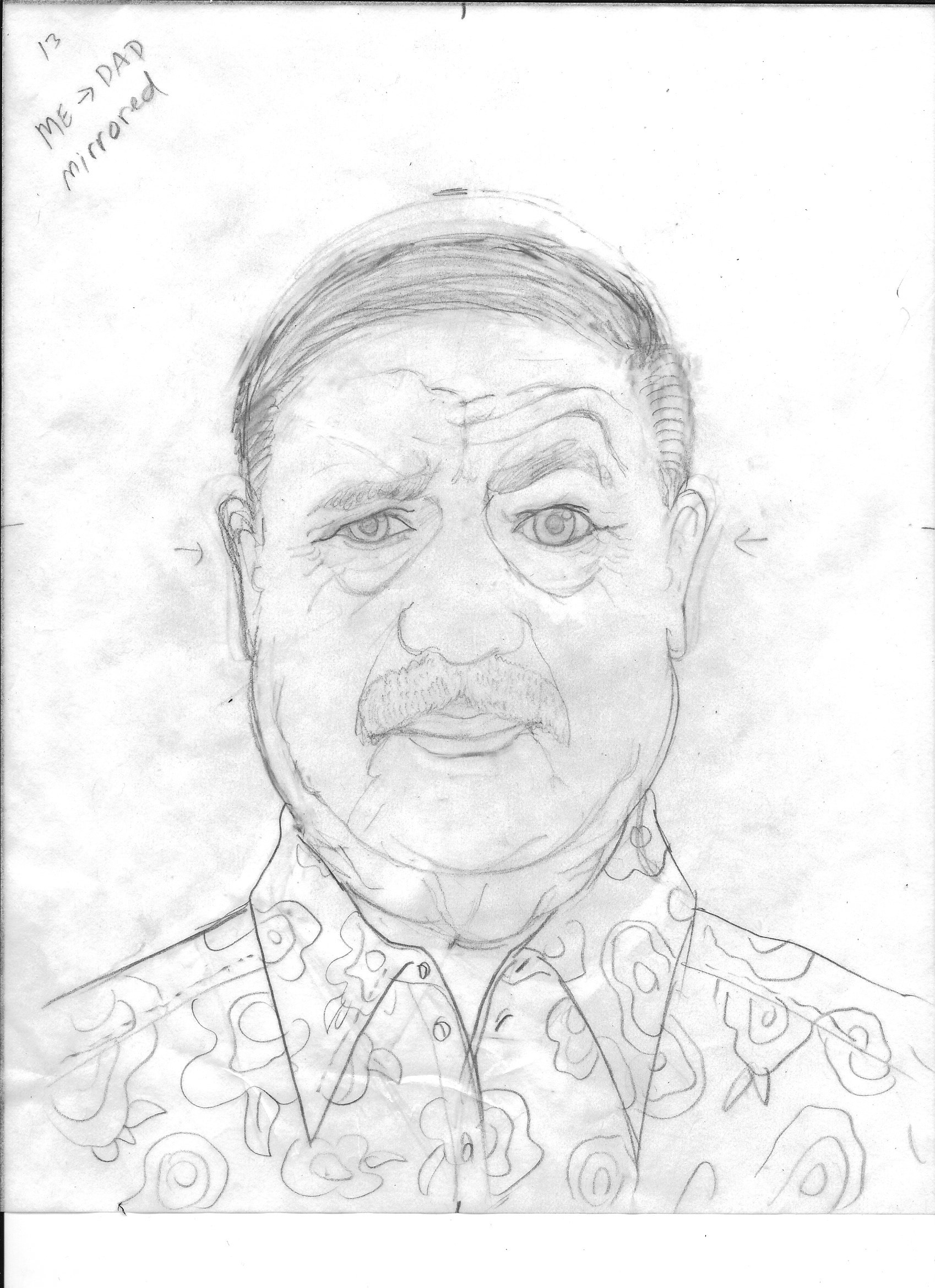 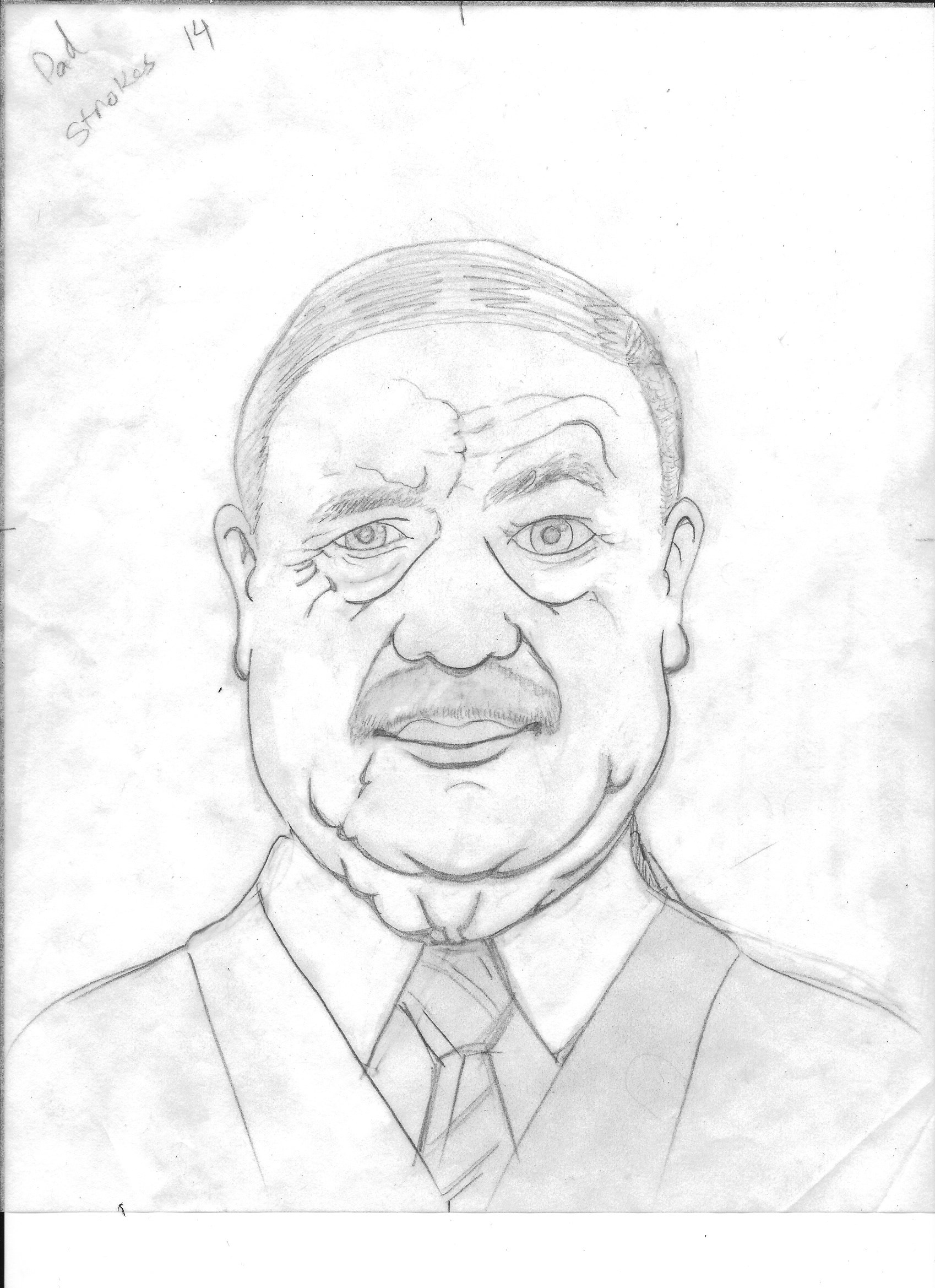 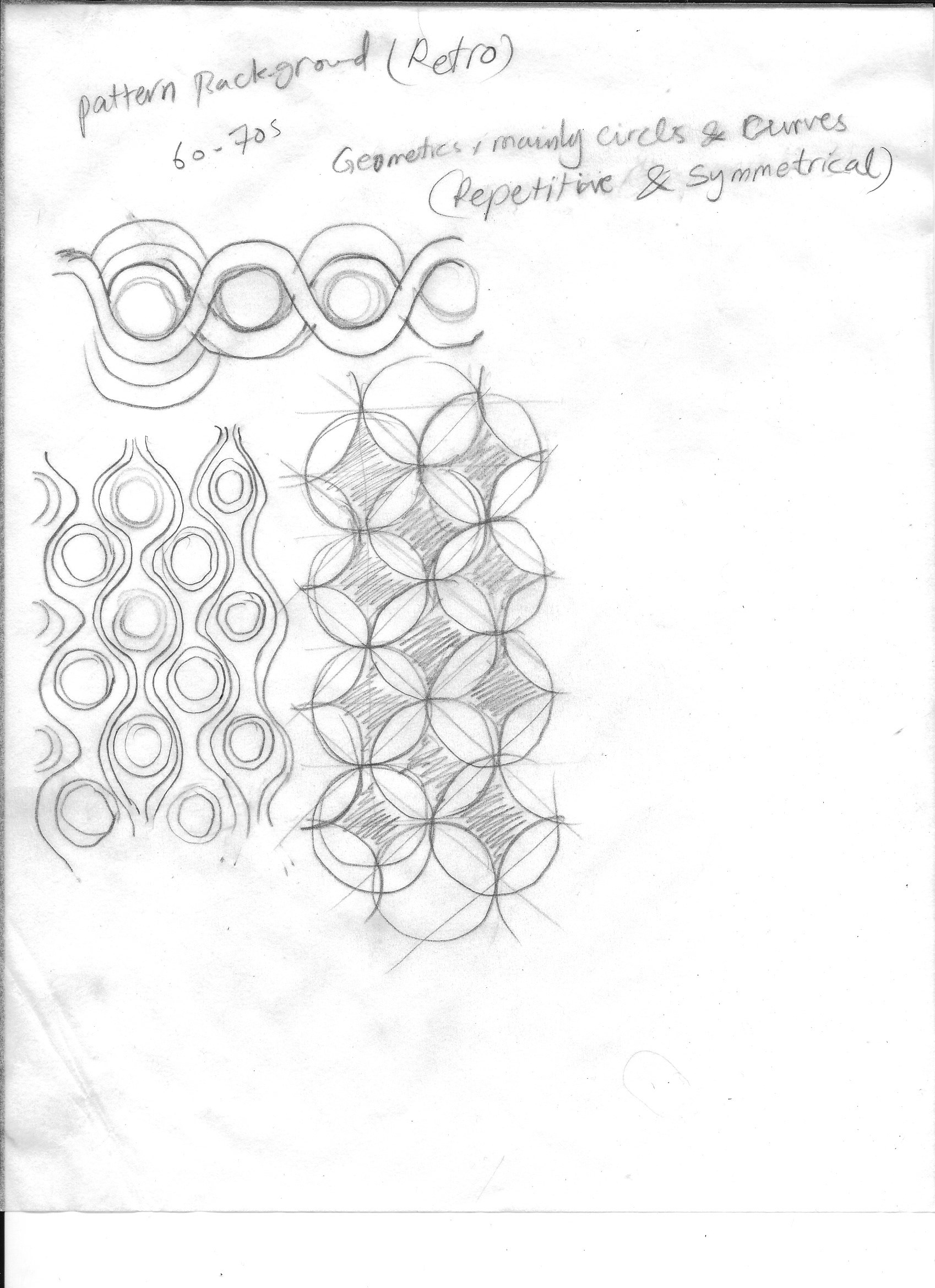 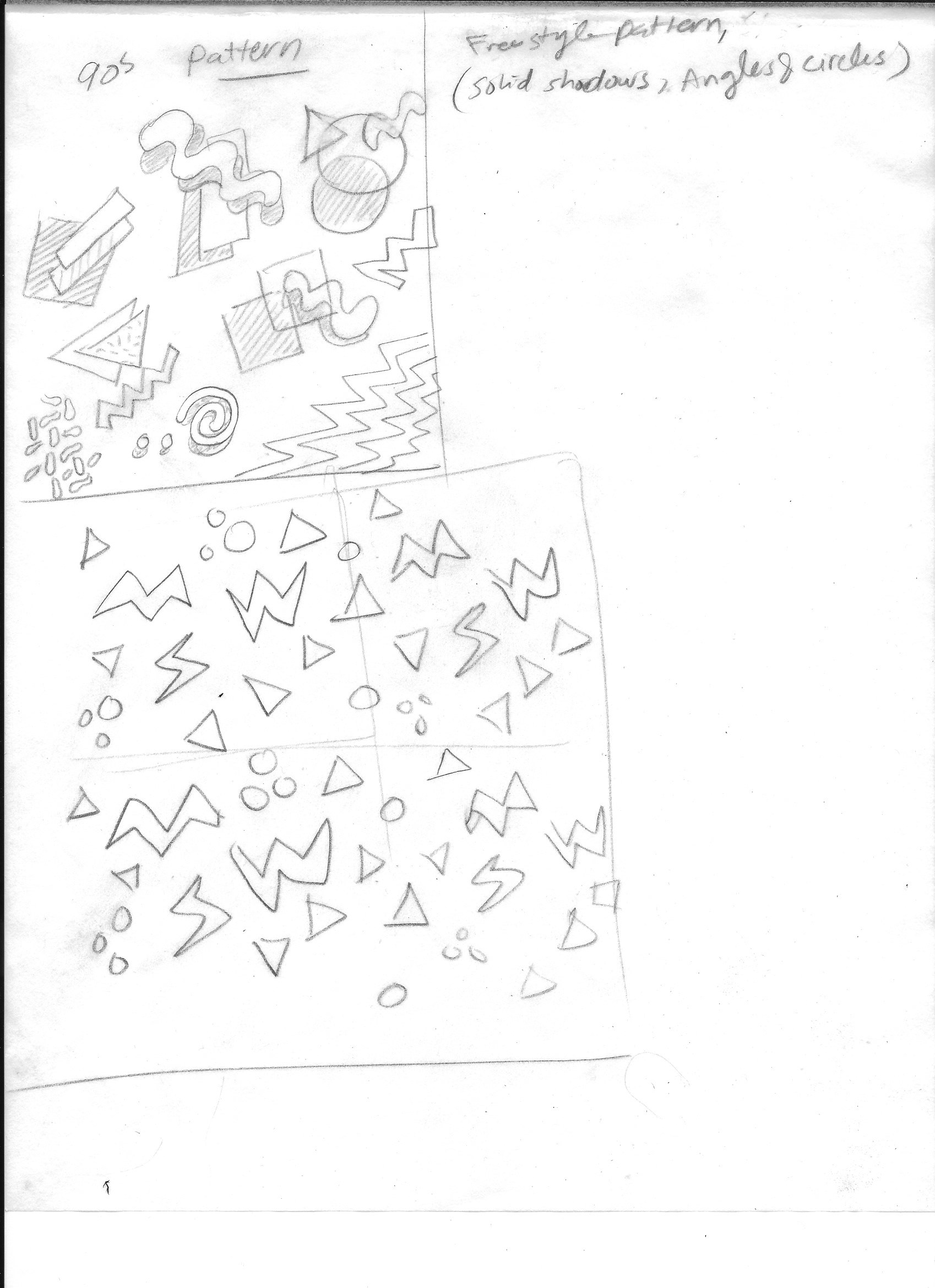 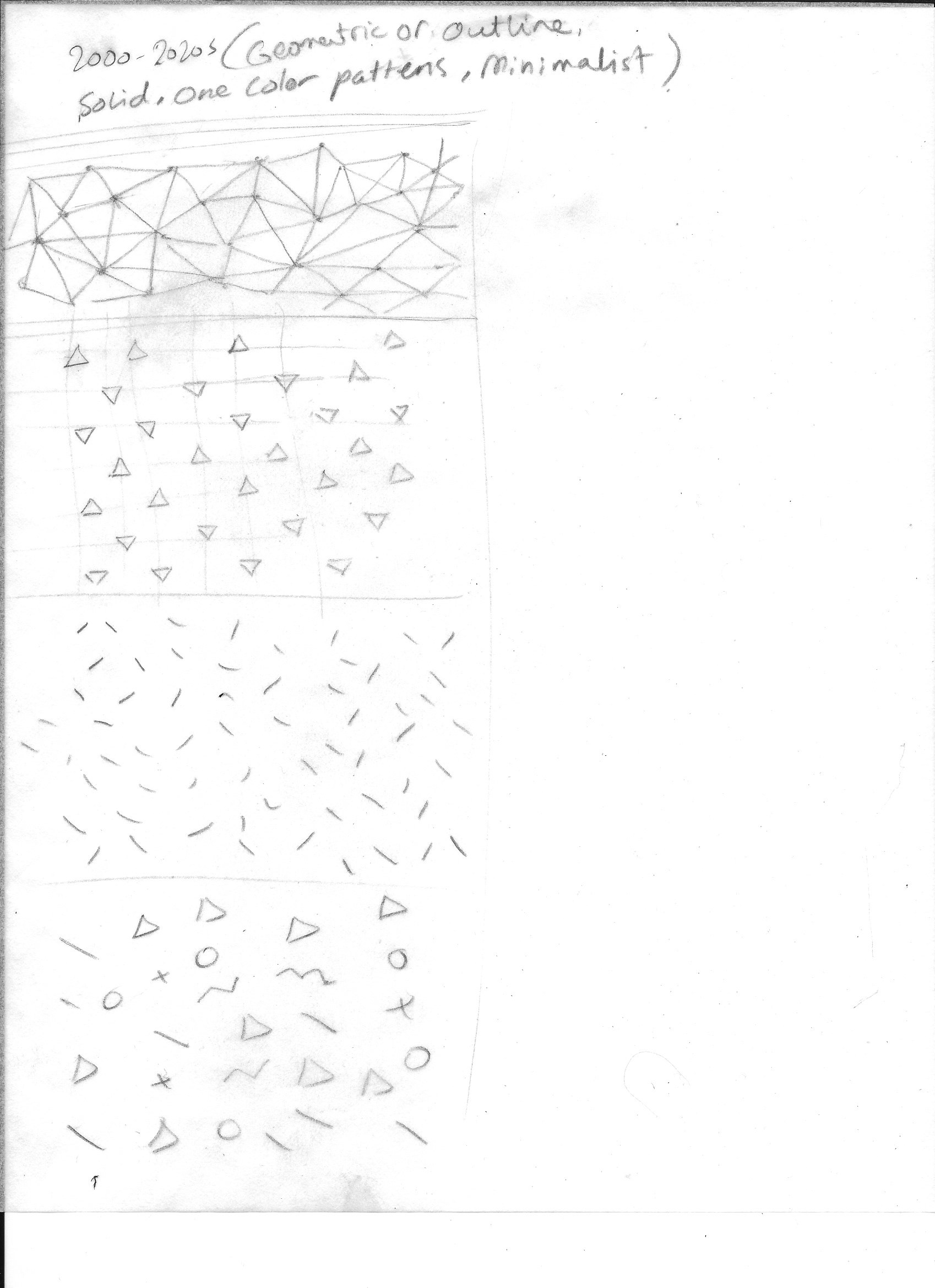 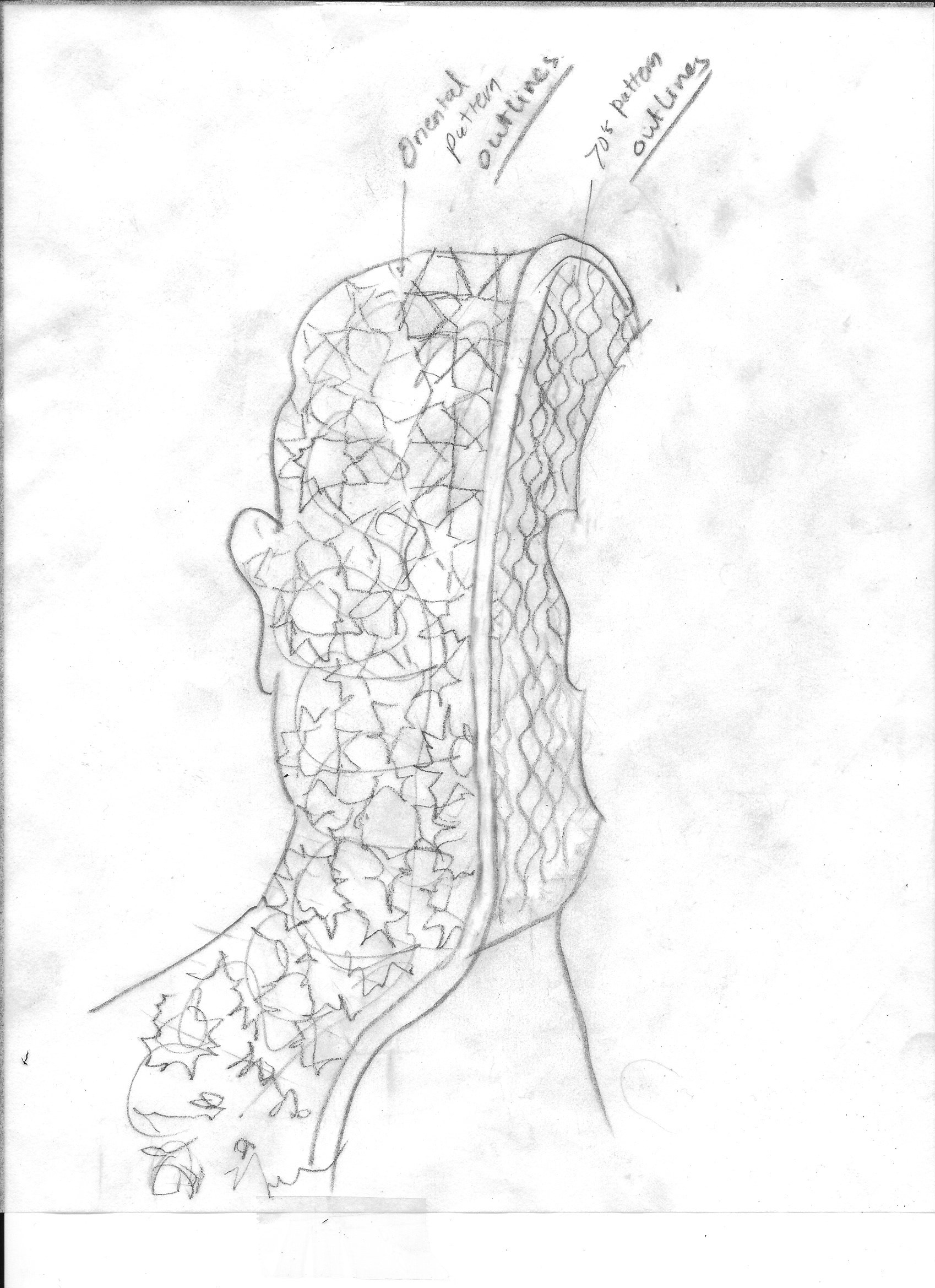 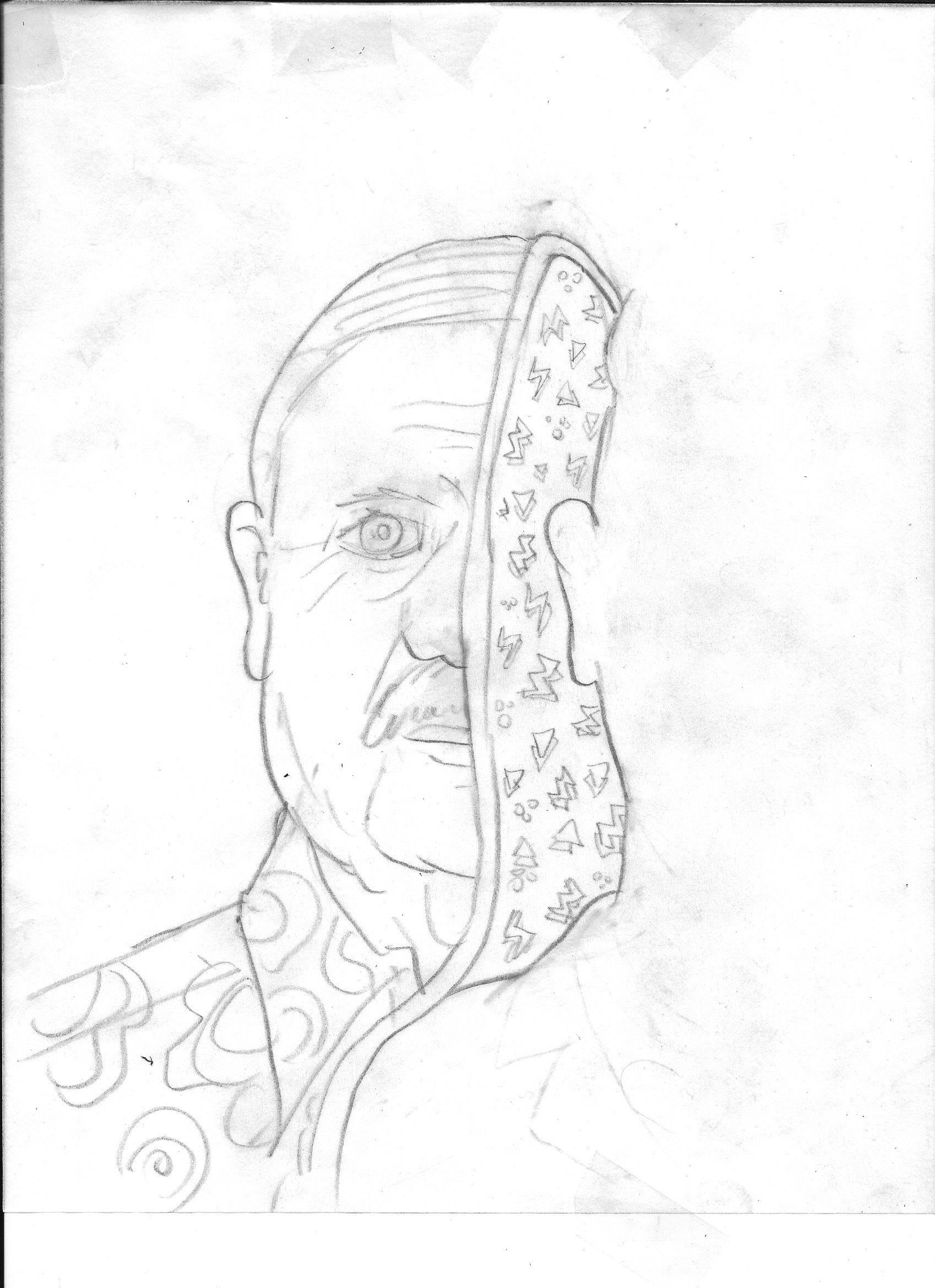 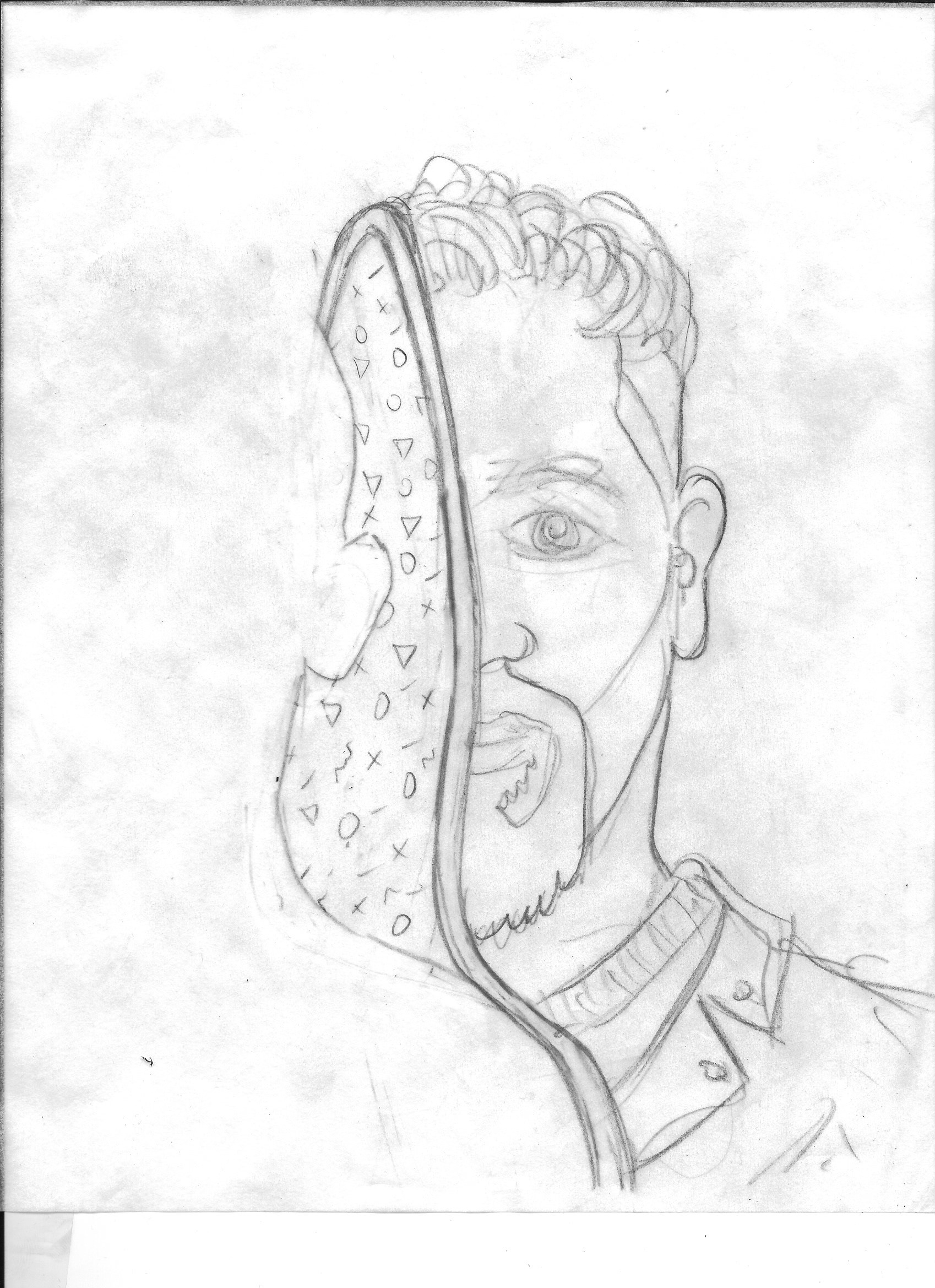 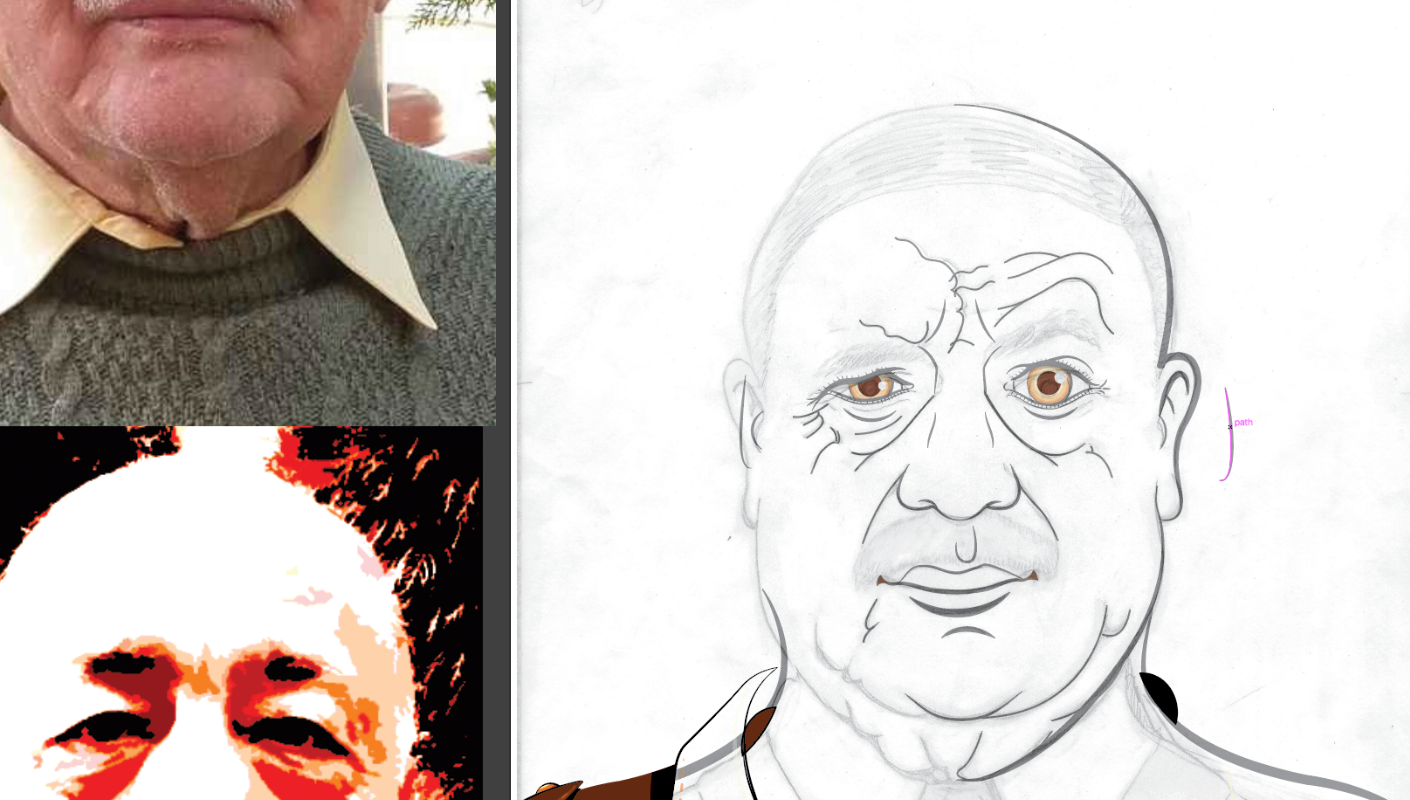 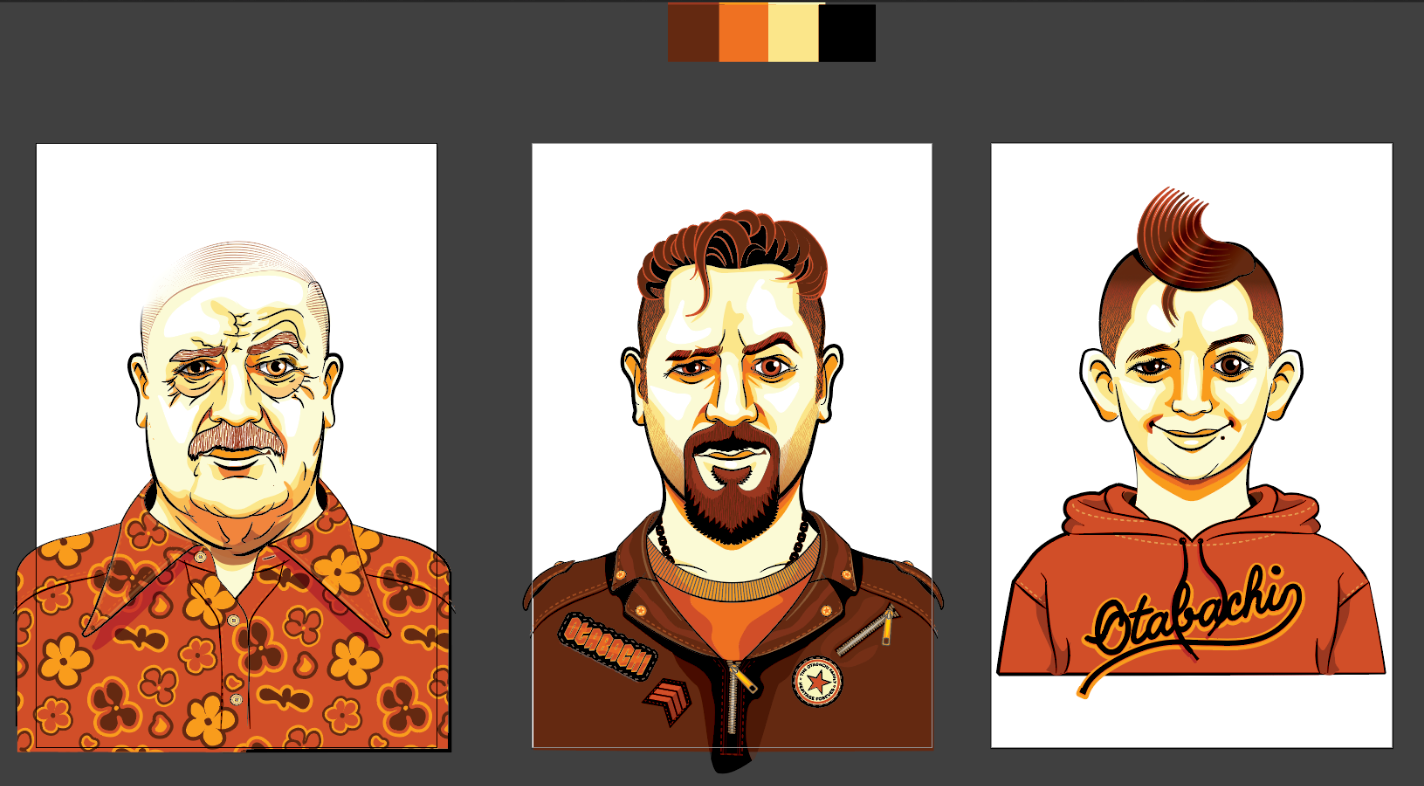